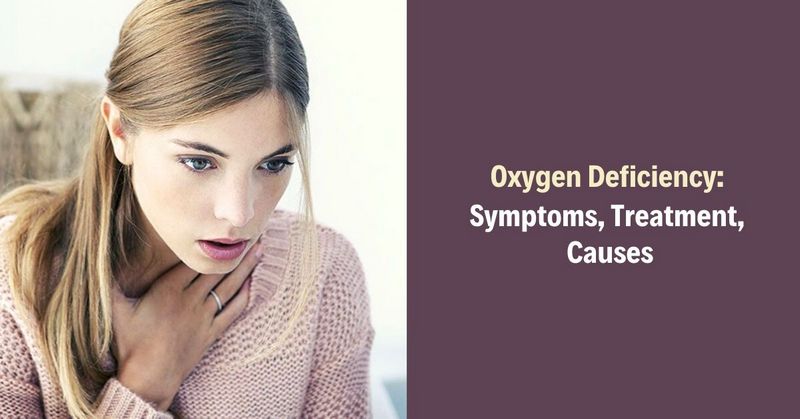 If you have a headache and your heart suddenly begins to beat faster than usual, this may be a sign of a lack of oxygen. Such symptoms may appear even in people who have not experienced breathing problems before.

Why does oxygen deficiency occur?

Our body needs oxygen for normal functioning. The blood distributes it through the body with the help of red blood cells: red blood cells are saturated with this element in the lungs, and then they are carried through organs and tissues. When its blood content drops, hypoxemia occurs. It can cause hypoxia, a condition where organs urgently need oxygen.

Residents of large cities with a poor environment run the risk of oxygen starvation. When automobile fuel is burned, carbon monoxide is released into the air, which combines with the hemoglobin of the blood, makes gas exchange difficult and can cause poisoning of the body.

A lack of oxygen is especially dangerous for:

Symptoms of low oxygen in the blood (hypoxemia)

Prevention of oxygen starvation is about prevention of conditions and diseases that can cause a lack of oxygen. For healthy people, preventive measures include regular ventilation of work and living quarters, mandatory ventilation of the bedroom before going to bed, ventilation control, and walks in fresh, oxygenated air (in pine parks and forests). Patients suffering from chronic diseases require a full and adequate therapy.

The treatment of hypoxia involves providing the body with oxygen. In mild cases, you can limit yourself to creating access to fresh air (open a window, unfasten squeezing clothing). In severe cases, it may be necessary to supply oxygen-enriched air (through oxygen pads or fixed units) and even mechanical ventilation. Specialists recommend using special medications to treat hypoxia which developed against a background of known causes:

In addition, a team of scientists from the National Science Foundation, together with the Sandel Pharmacy Center, plan to develop a drug that significantly simplifies this task and does not have the side effects inherent in known methods of therapy. You can catch up with the news about new therapy methods at Science.gov.

Oxygen-enriched water can also be used for the prevention of oxygen starvation and in the complex treatment of mild hypoxia. It is indicated for high oxygen requirements – for people engaged in active mental work or physically hard work; with prolonged inhalation of contaminated or oxygen-poor air (work in a factory, in mines, etc.). However, if you already have hypoxia, oxygen-enriched water cannot replace other therapeutic measures.